A Closer Look into the Internet of Things

Before the awesomeness that is the Internet of Things, this could be (your) someone’s nightmare:

The alarm cranks up forcing you to get over the Monday blues even though it’s a Wednesday. You stare at the ceiling a little longer wishing it would collapse so you’d have an excuse to skip work today. When you finally get up, you’re already late so you jolt in the bathroom ignoring the faulty air conditioning.

Although, it would be nice to hear the morning news while sipping a cup of fresh roast before going to work, you can’t — because you’re too late. As you drove off chasing time and a decent parking space, you’re reminded — you forgot to lock the doors!

So, you rush back home, eventually missing an important meeting and losing a major proposal. 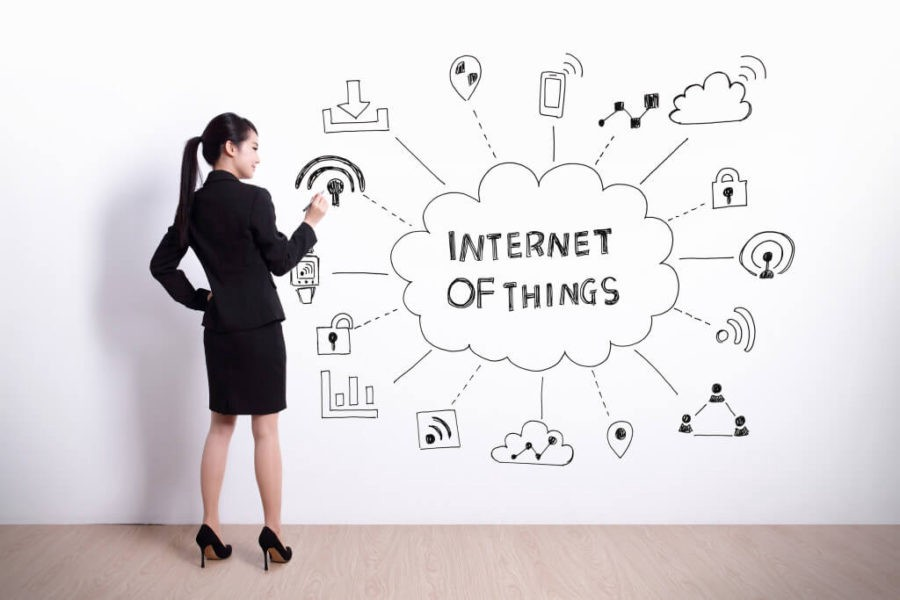 Talk about a bad day huh? Well, it doesn’t have to be!

Presenting the Internet of Things (IoT)

It’s the communication between people and objects and within the objects themselves, notified by smartphones through sensors. So, if you put a sensor in a gadget, you’ll be able to receive notifications letting you know where it is or if it’s powered or not. With sensors, you can talk to your things and give commands to suit your liking. Clever, right?

But, how does this work with daily life?

Believe it or not, the ‘IoT’ is taking over our homes. It’s not just for high-class facilities anymore, but for our houses as well. We have long been waiting for this, now the future is here. And the possibilities are endless. We can now experience the IoT in our homes through a smart automation system. We’d like to call it a smart home.

Paint Me a Picture

Now, let’s say you’ve just installed an easy starter kit from eZLO, this could be YOUR day, every day:

You’re woken up by an increasing music as the lights gradually brighten and the window shades slowly rise. The coffee is already brewing and you just can’t help but follow its aroma. The TV turns on by the time you pour a cup, so you watch the morning news for a bit because, why not — you’re a little too early.

Before leaving the house, the sensor have found your car keys giving you enough time to spot on a perfect parking space. Your house locks itself, turns off lighting, and notifies you of its every move. You arrive on time, win that proposal, and even get promoted! Is that vivid enough for you?

Brace yourself, because that is just the beginning,

Welcome to the New Modern

A new wave of tech lunge is just waiting to reach the palms of our hands. The IoT can evolve to so much more and home automation is just a glimpse of the smart world. It’s not the science-fiction that you see in films where robots rule us. In this world, we communicate with everything. At the end of the day, we take over things, and not the other way around. Ultimately, we all connect. Scary but equally fascinating, isn’t it?