RGBW bulb research, or How to make a UI design that works. Part 2

Welcome back to our research of the most convenient light bulb UI design. In the previous article, we described the background of the problem and the plan of the experiment we performed to resolve it. Just to refresh — we selected about a dozen people from among our colleagues and asked them to draw their “perfect UI” to control a smart multi-colored light bulb with a dimmer function and white balance setting.

After we spoke with the last participant, we immediately began to analyze and discuss all concepts that our respondents created and restore all UI elements in a mockup format. We also added a couple of bulb control elements that we thought were practical and prepared a set of UI building blocks for the next stage of our experiment: 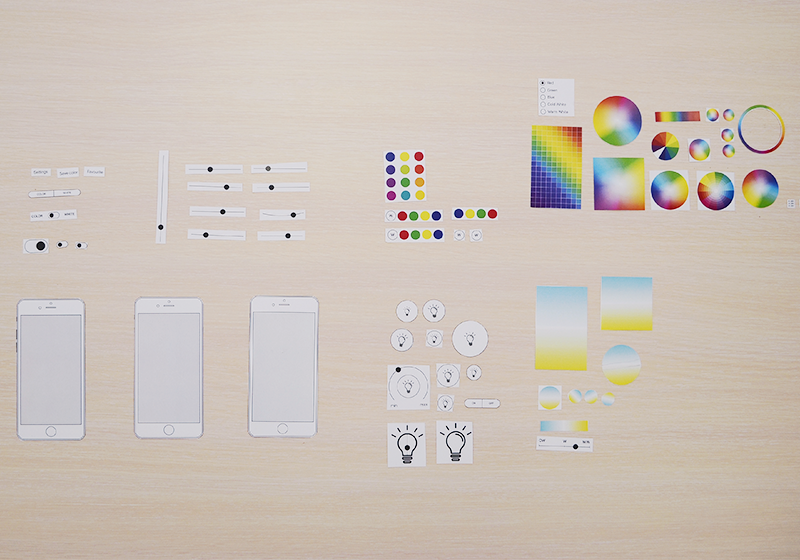 For our second meeting, we reconstructed the UI mockup for each respondent in accordance with what they drew at the previous stage. This way, we reminded them what we were talking about during our previous session. Looking at the mockups, our guests could recall the details and confirm that the mockup represented their UI concept vision. At that point, we asked our respondents to look at the UI elements suggested by others and to try modifying their own concepts if they saw something they liked more or found more usable.
We specifically focused on “modifying” the concept, rather than building a totally new one. This way, we minimized the effect of the previous experience. Sometimes, strong restrictions can make imagination fly. In our case, we restricted our respondents with the set of UI elements on the table.
We always took a photo of each UI concept before its author began redesigning it and after, thus, we made sure nothing was missed.

The “Build Your Template” game

At this stage, our respondents acted in a very different way. Some people immediately said they were happy with the design and did not want to change anything (it should not be very difficult to guess their profession and background). Others exclaimed” “Wow! Never thought of it!” and enthusiastically set about rearranging the elements in their templates. At that point, people could hardly fit all elements in the same screen and were suggesting scroll bars or additional screens. We began hearing such terms as “swipe”, “double tap” and “long press”. The game started to get really exciting, and some sessions lasted an hour or longer, when people tried to fit all UI components in their templates. Sometimes, the UI component blocks we prepared were not enough, and we had to quickly make some more or update the existing ones.
The majority of respondents changed their original concepts, and we began to observe two distinct patterns that our users followed. While the ON/OFF function was more or less the same, the option of saving the favorite colors or confirming/canceling the selected color had a variety of implementations.

Besides, we noticed an interesting trend in dimmer implementations. Some respondents set the brightness in percent, while others — as a scale from minimum to maximum. Here, we always asked the question: “How do you expect the light bulb to respond when you move the slider all the way to the left? Should it turn off (0%) or remain on at the minimum brightness, like a night lamp (~10%)?” Depending on whether the respondents set the brightness in percent or as min/max, they expected the light bulb to behave accordingly.

Below, you can see some examples of the UI templates created at the second stage of our experiment: 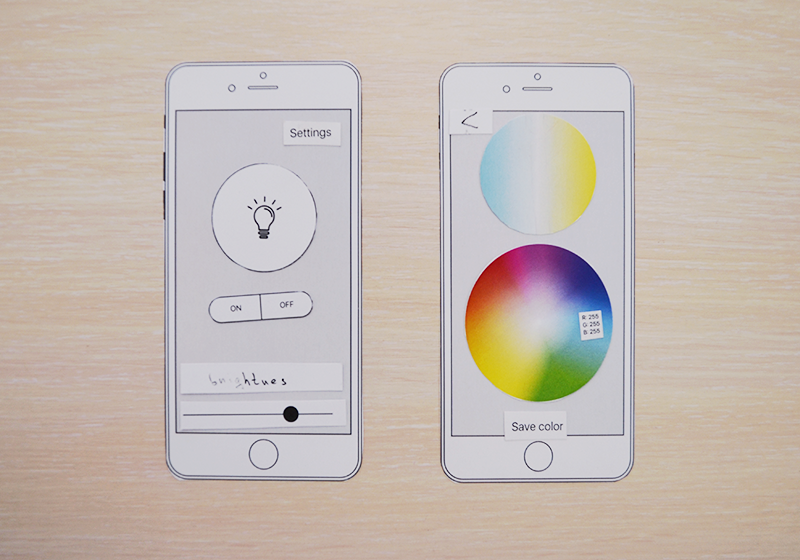 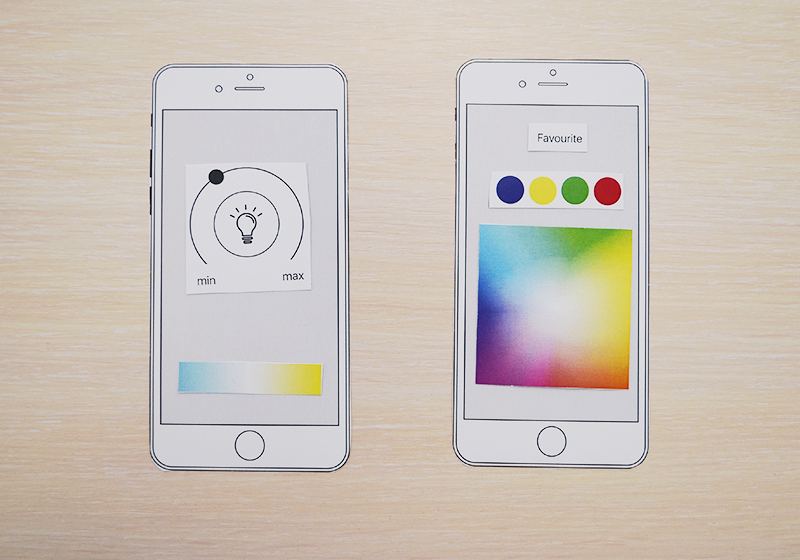 While the last respondents were still creating their updated UI templates, we could already see two main concepts. Roughly, we could divide all suggestions into two basic categories:

We included all other ideas suggested by the respondents into either of the two concepts. As a result, we ended up with the following two prototypes: